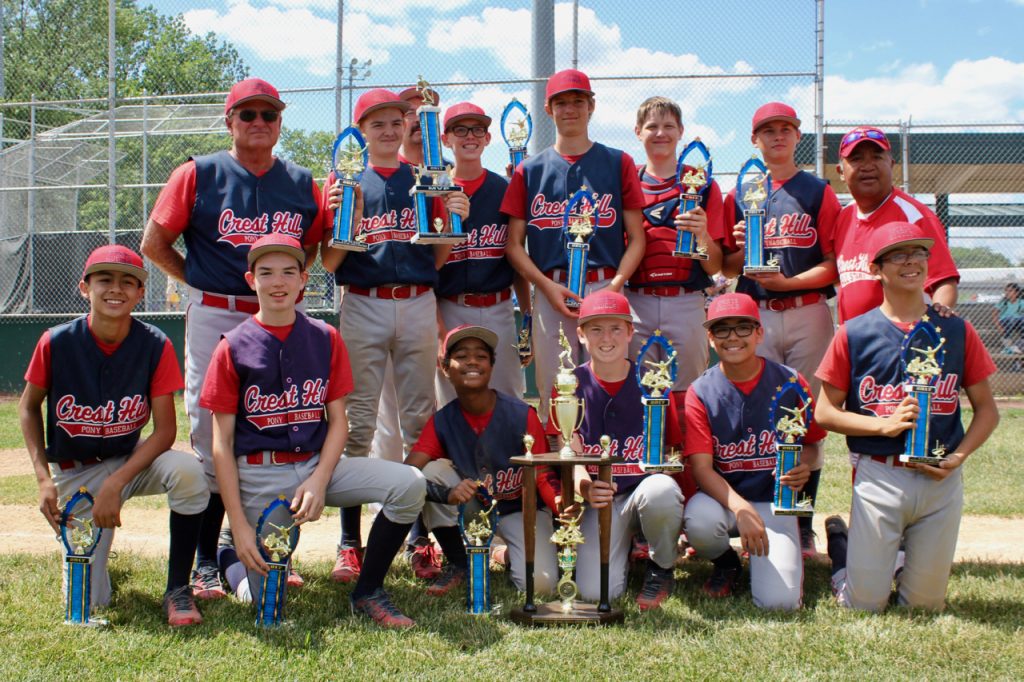 In the top of the first inning Channahon scored two runs to take the lead. In the bottom of the first Crest Hill came back & scored 3 runs. Orion Herandez lead off with a single, stole 2nd. Xavier Roman followed with a walk. Stevie Bakalar hit a sacrifice fly to score Herandez for Crest Hills first run. Adam Mumme singled to drive in Roman to tie the score at 2. Brodie McIntyre walked. Ashton Mutnansky laid down a perfect suicide bunt scoring Brodie McIntyre to give Crest Hill a 3 to 2 lead after one inning. Neither team scored in the second inning. In the top of the 3rd inning Channahon scored one run to tie the game at 3. In the bottom of the 4th Crest Hill took the lead when Brodie McIntyre singled, went to second on a wild pitch, stole third, & scored on a ground out by Sam Trafton. Crest Hill scored 3 runs in the bottom of the 6th on a hit batter, a walk, & a dropped third strike. Noah Magolan singled to put Crest Hill up 7 to 3 going into the top of the 7th. Channahon loaded the bases with one out with a hit batter, & two infield hits. Winning pitcher & Tournament MVP Brodie McIntyre got the 2nd out on a strikeout & Stevie Bakalar caught a hard hit line drive up the middle for the final out. This is the first Crossroads Championship for Crest Hill Sports Huddle. Crest Hill also was the regular season Champion with 25 wins & 3 loses. They finished their season with 27 wins & 3 loses.